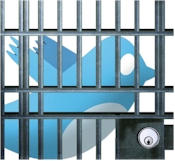 Having worked on several full scale, business social media marketing projects, I often face the unhappy task of helping a company regain control of an orphaned Twitter or Facebook page, or two or three! Well meaning or unknowing staff persons often set up social media pages for a company not really understanding or appreciating exactly what they are doing.

Many orphaned pages were set up during the early days of Facebook and Twitter when people were experimenting with personal and business fan pages.  Sadly, the experimental business page is often forgotten and due to the rapid attrition of an average email address (18 months according to Constant Contact) the business page often lays dormant, inaccurate, incomplete and inaccessible to the company that it claims to represent.  The business Facebook or Twitter page is left haunting a company like an unresponsive doppelganger daring you to try and purge him from the Internet!

One of the first steps in any social media strategy is to discover how the company is currently represented on the internet. A quick Google search will give general results and also uncover customer comments on business rating sites, but searching specific social media sites is also necessary. The exact spelling of the name and close variants will help uncover the lifeless content of orphaned pages. In the case of Mooers Volvo, the Twitter page in question was named @mooersvolvo or http://www.twitter.com/mooersvolvo.  There was no mistaking that this Twitter page belonged to the company!

The following timeline is a brief case study of a successful attempt to reclaim the business Twitter account for Mooers Volvo of Richmond. Virginia’s first and Central Virginia’s largest Volvo dealership.  🙂

In summary, compared to the duplicate Facebook page elimination process, this experience was a dream! Here are the positives:

Owner of LoebigInk.com, author of TheInkBlog.net, CriminalThinking.net and part-time Technology Manager for the Alliance for Performance Excellence, Brian has over 15 years of experience working in the quality improvement, human services and technology fields as an administrator and consultant. Brian has also worked as a practitioner and administrator in the corrections, substance abuse and human services fields with a special emphasis on technology. He continues to work with numerous community-based non-profits as a web technology consultant, board member and volunteer. Feel free to connect with me on Google +.
View all posts by Brian Loebig →
This entry was posted in Social Media and tagged average life of an email address, duplicate business twitter page, duplicate twitter page, twitter reclamation. Bookmark the permalink.